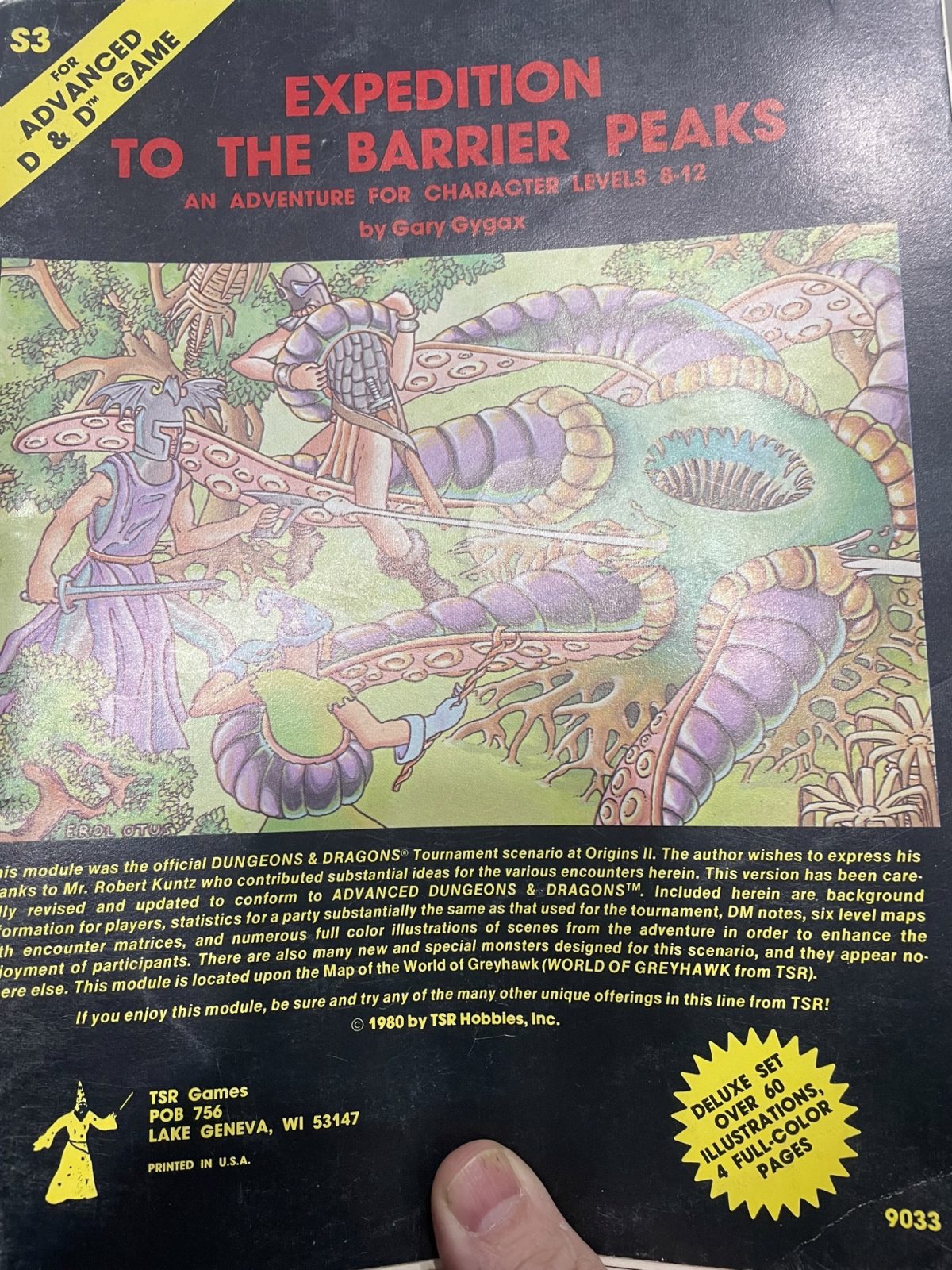 When you go into a bookstore anytime in the last decade you have probably seen the “FANTASY/SCI-FI” section and it is all lumped together.

Aren’t those two things different you ask? Does it bug you that they don’t get treated differently?

After all, just a few years ago you could walk into a bookstore and see a section called “Teenage paranormal romance” where young people would fall in love with vampires and werewolves or be torn between those two.

So why is it that teenage paranormal romance gets to be off by itself and these two genres get lumped?

First, maybe we want to readers of that paranormal stuff to not be in the mix with anyone else. Maybe it is just better that way. They probably don’t want to mingle with sci-fi readers, and perhaps vice versa.

Second, Fantasy and Science Fiction do overlap in ways. They are books or series of books that create a world that differs greatly from the one we live in. One were characters aren’t bound by the laws of physics or even magic or lack thereof that we have in our daily lives.

These genres offer a specific type of escape that some readers (like me) are craving. I don’t care if it “isn’t believable” that someone can cast a fireball spell or travel faster than light. I just want a compelling story. If I wanted “believable” I’d head over to action thriller, or pure fiction. I’m here for the fantastical, that that’s why those two get put together in my opinion. And honestly, I hope it stays that way! 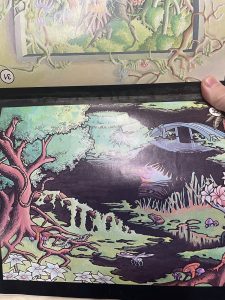 Check out the cover, and one of the interior photos of my personal copy of Expedition to the Barrier Peaks for AD&D written by Gary Gygax himself.

Maybe someday at a Con I can run this adventure as a DM and convince Luke Gygax to participate! 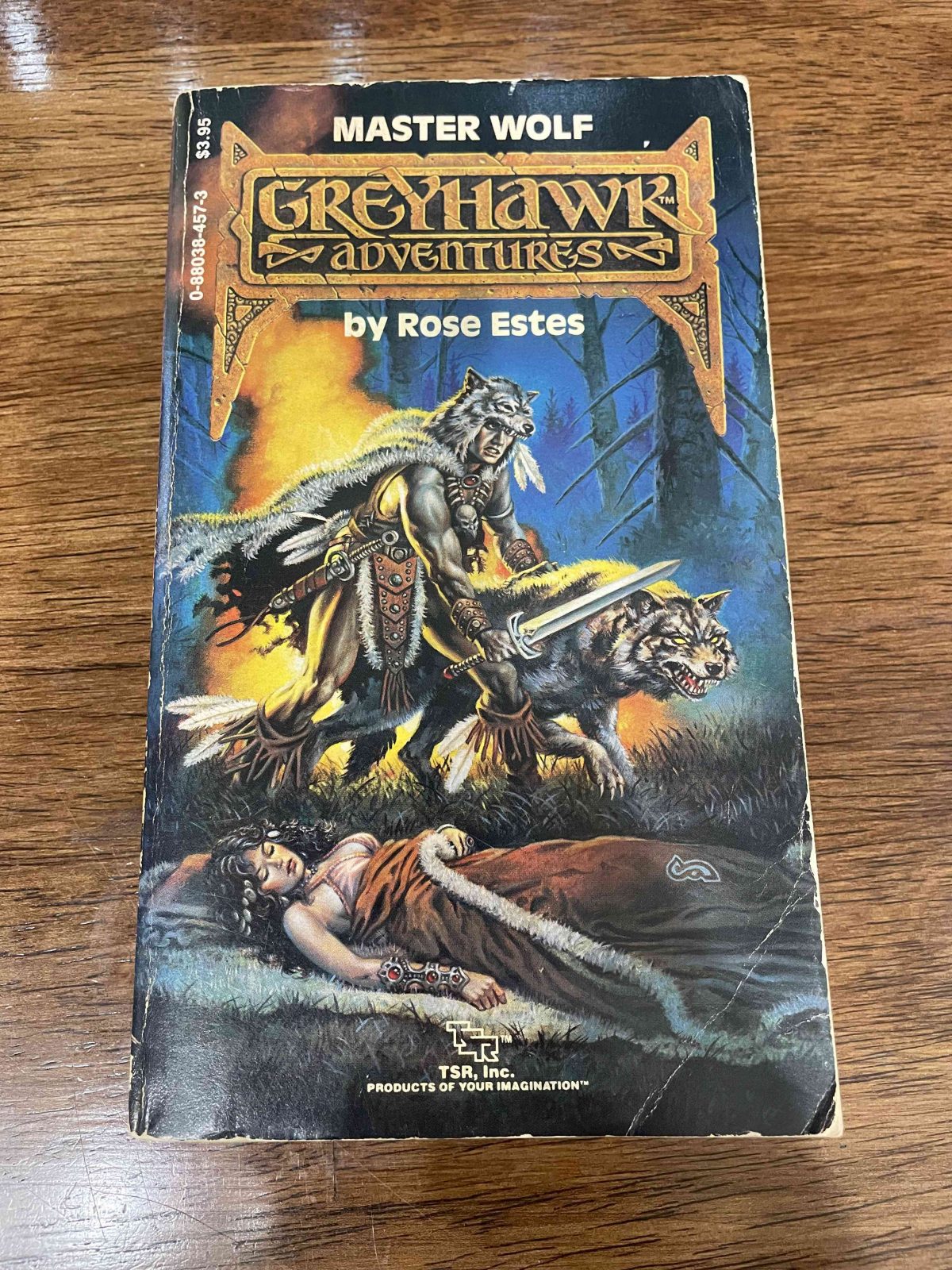 In my opinion one of the overlooked authors from the TSR days is Rose Estes. She was a journalist as well as writing novels.

She worked for TSR for a while, and worked to bring about a series of books called “The Endless Quest” These turned out to be best sellers for months. Last I looked the Endless Quest books had been translated into more than 20 languages and sold more than 16 million copies.

She has books in multiple series, and one of the names/authors I remember fondly from the late 80s and early 90s. Every single time I came across one of hers I knew it wouldn’t disappoint. She was truly one of the female pioneers of this genre along with Margaret Weis and others I’m sure I’ll remember and post about at some later date. 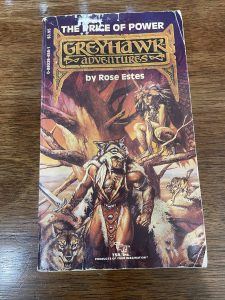 In the Greyhawk books you will find an adventure novel in the World of Greyhawk game setting. Greyhawk itself began as just a simple dungeon under a castle designed by Gary Gygax himself, but it was expanded into a multi-layered dungeon, then added a city, and eventually expanded into an entire world with some novels set in that space.

Please enjoy them if you come across a copy as I have. 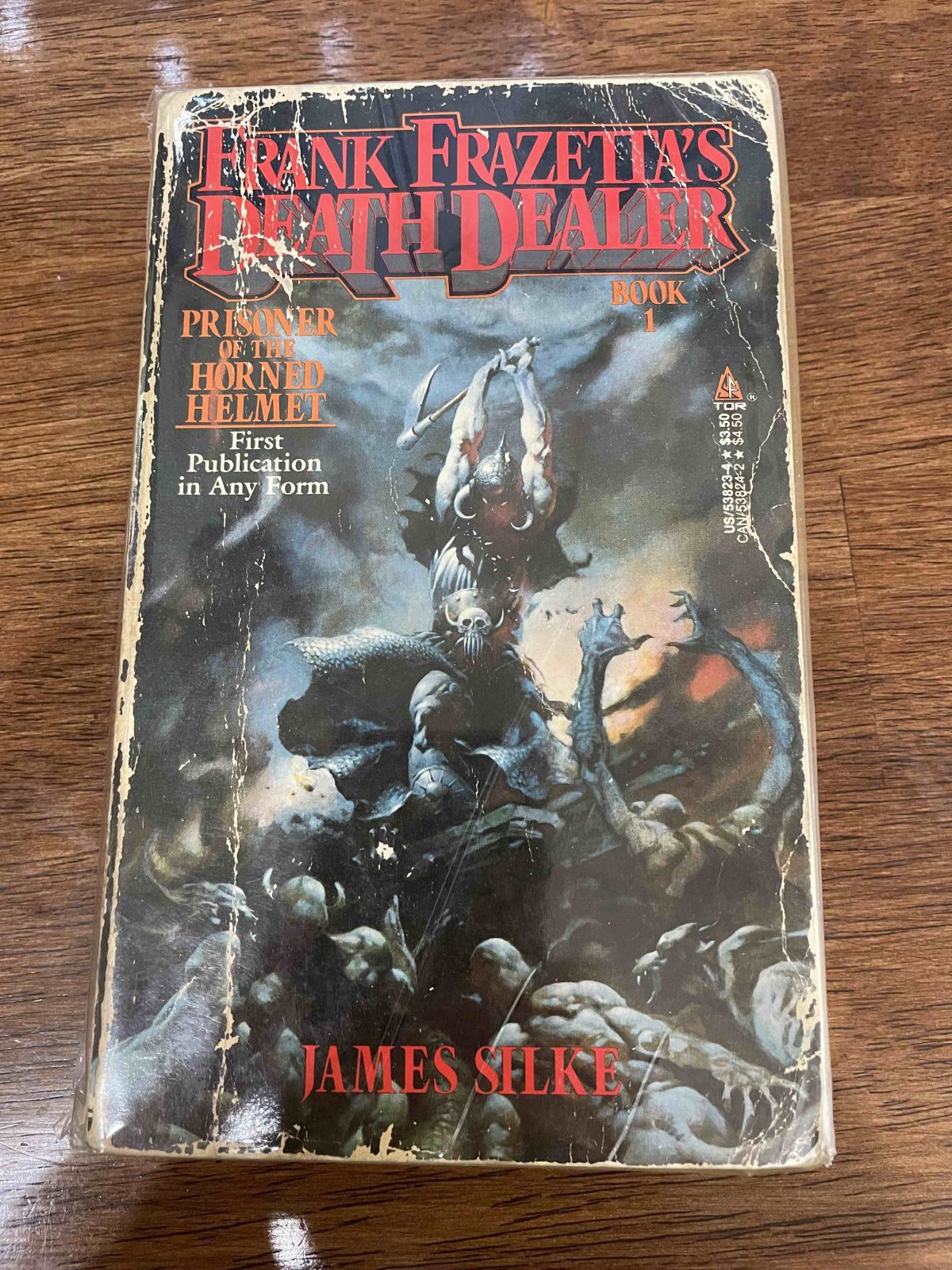 Set at a time with the world was rife with sorcery and violence one man the Gath of Baal stood between peace and eternal war. Gath must throw down against the will of the Gods and in order to win he has to put on The Horned Helmet which turns him into death become human. The Helmet twists his soul until he becomes the ultimate destroyer, but can he escape the helmet.

And that is just book one.

This is a fantasy series, originally 4 books, but in the early 2000s there was a fifth released. These books are not just fantasy, they are action thriller or action-adventure books. These are not plot twisting political dramas, these are pure adventure and action. Lots of blood and guts in this series!

They are fast moving, fun reads. The four books in the original series are: 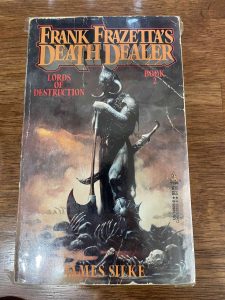 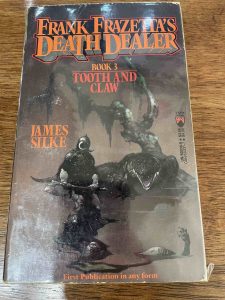 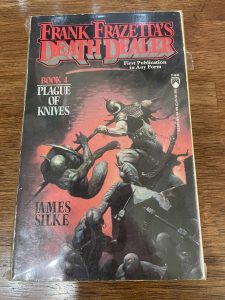 The artwork is from one of the most well known elite fantasy artists of the time, Frank Frazetta. It is just amazing Cover Art. These are a personal favorite on my bookshelf and in the first release form like I have getting very hard to find.

I hope you get the chance to read them someday! They will not let you down. 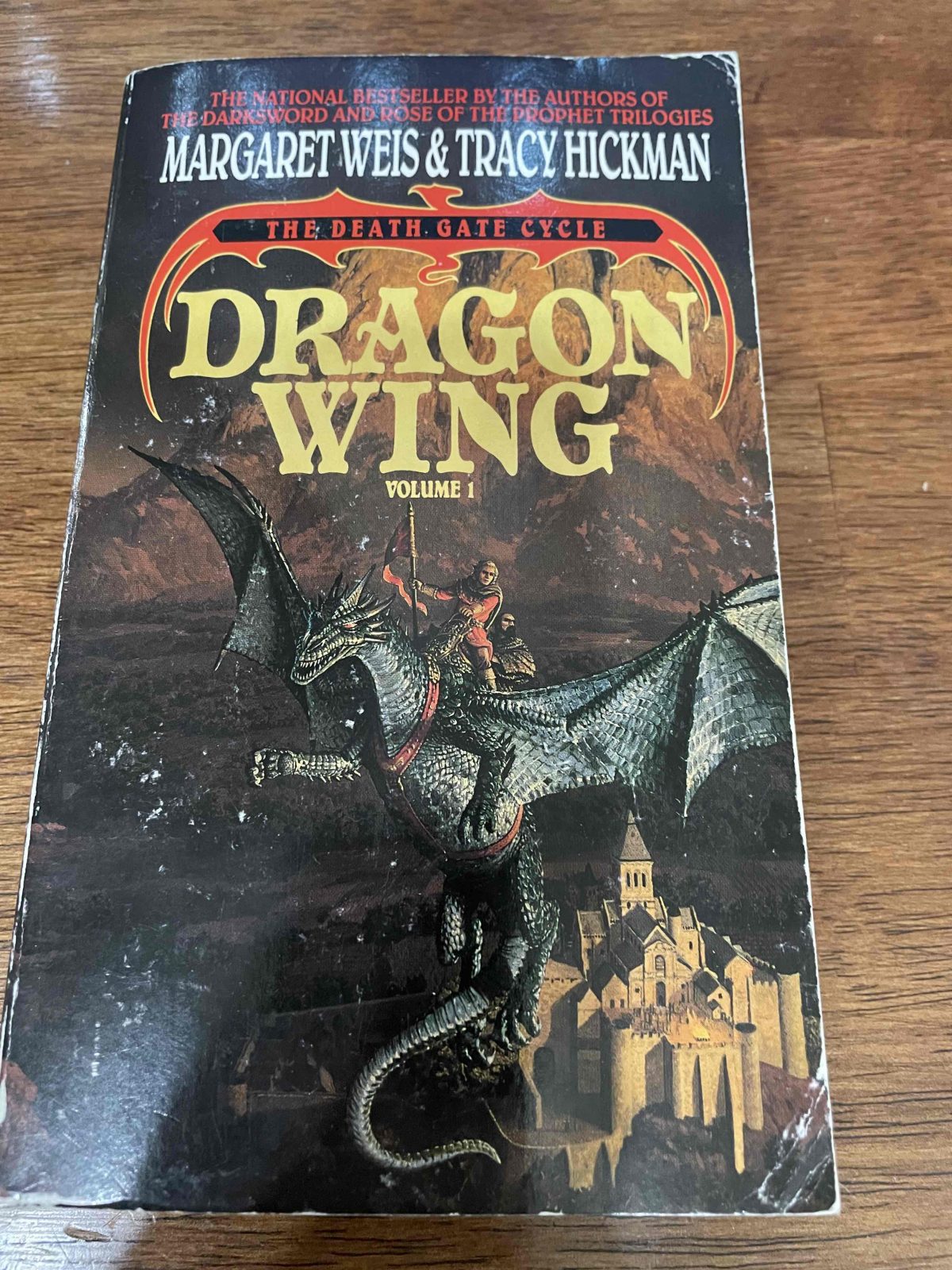 The Death Gate Cycle is a series from the masters of modern Fantasy Margaret Weis and Tracy Hickman. It is a seven book series containing the following titles:

Many books in the fantasy genre are written in some distant past and commonly in some fictional world other than Earth. The Death Gate Cycle is a different story. It is written in the future after some nuclear war nearly destroyed the planet. Yes this planet has elves and dragons.

It is a fictional world, but it is the one we know. It has however been divided into four different realms, that of fire, water, sky and stone. Not everyone is aware of all four realms, that is held to a select few who have survived the dreaded Labyrinth.

Like all the books I have ever read by this duo it sucks you in. It is well written, the characters come to life, if you pick up one you will want to read all seven. Yes, they are from the early 90s but they hold up perfectly. The emotion leaps off the page, and everyone who reads it will find a character to identify with. We all have our favorites, admit it! 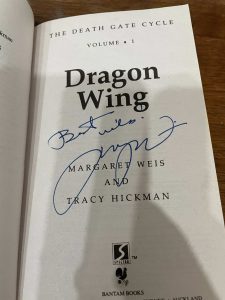 I highly recommend this series, and anything at all by these two authors. As an author and avid reader myself I see the genius in their work. As an added bonus if you order them from Margaret Weis’ website, they will come to your house autographed. I have all seven on my shelf! You will not be upset if you put a set on yours.