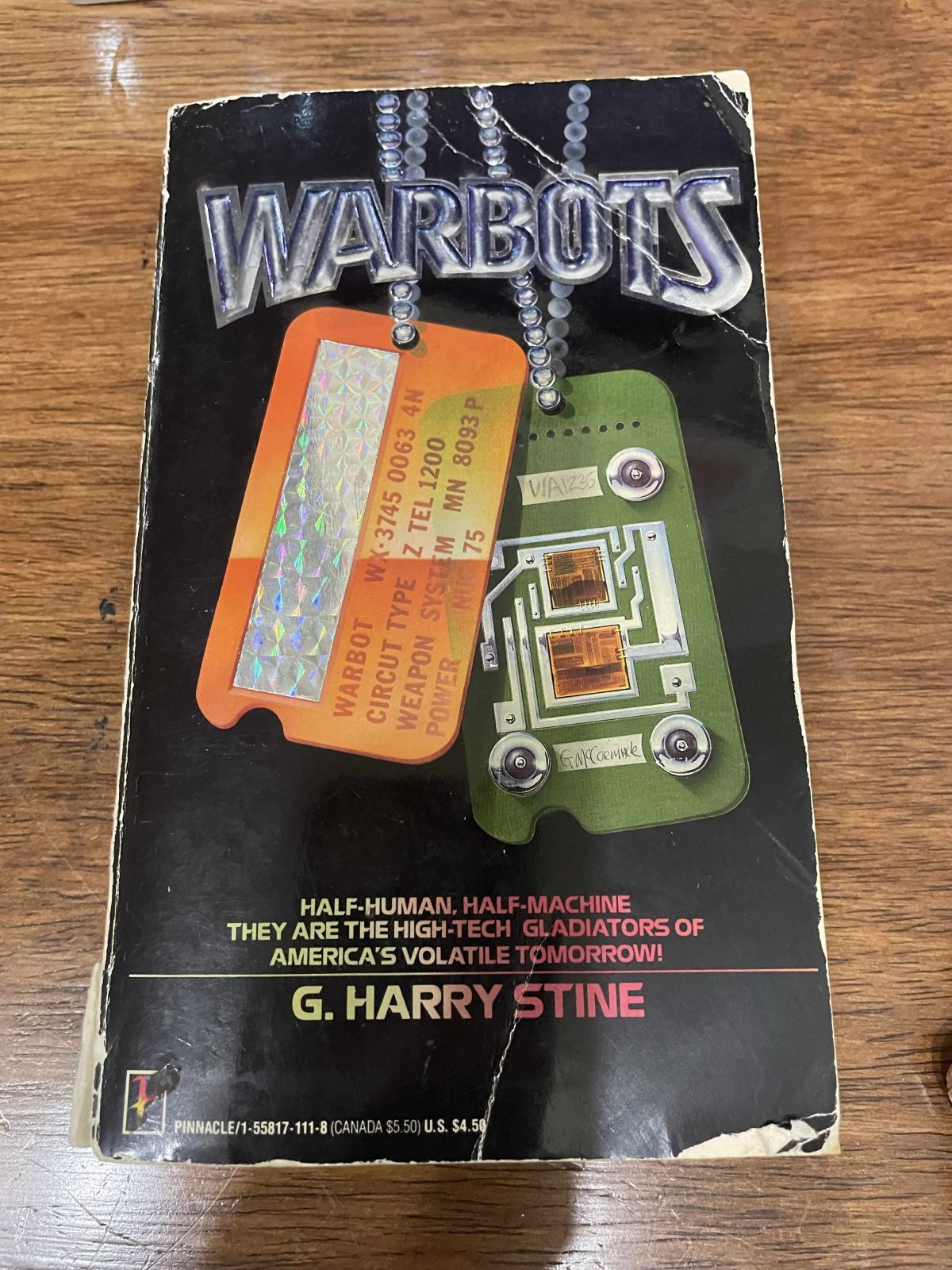 I first found these books in the really late 80s and read them along with my father. I found them interesting because a future military that had become so dependent on drone and robotic technology they forgot how to fight.

Then one day they came across an enemy and a battle that could not be fought by these mechanized warriors and had to learn how to fight again. When we got to modern warfare with drones, I went to go find copies of these books and they were out of print.

I spent two years getting them back in print for people to enjoy. But, the original covers were lost to time. (The legal rights to use them). I do have the originals, and the re-released version is available in print and e-book formats.

But…Let’s discuss what these books really are. All twelve are now available again over on Amazon.

From the back cover:

In the high-tech laboratories of tomorrow a brutal new breed of super-soldier is born!

The brutal face of warfare has been dramatically altered. Armored giants now roam the explosive fields of battle. Massive instruments of devastation with computer minds inseparably linked with the brainwaves of their human masters. They are the Warbots. Men and machines combined to create the most lethal warriors in the history of armed conflict.

But a monstrous challenge emerges for the mechanical gladiators emanating from a country that technology forgot. As Captain Curt Carson leads his robot infantry in a daring attempt to rescue 105 hostages from the sadistic clutches of a bloodthirsty terrorist army, the soldiers of tomorrow face the butchers of yesterday in a battle for the future of the free world.