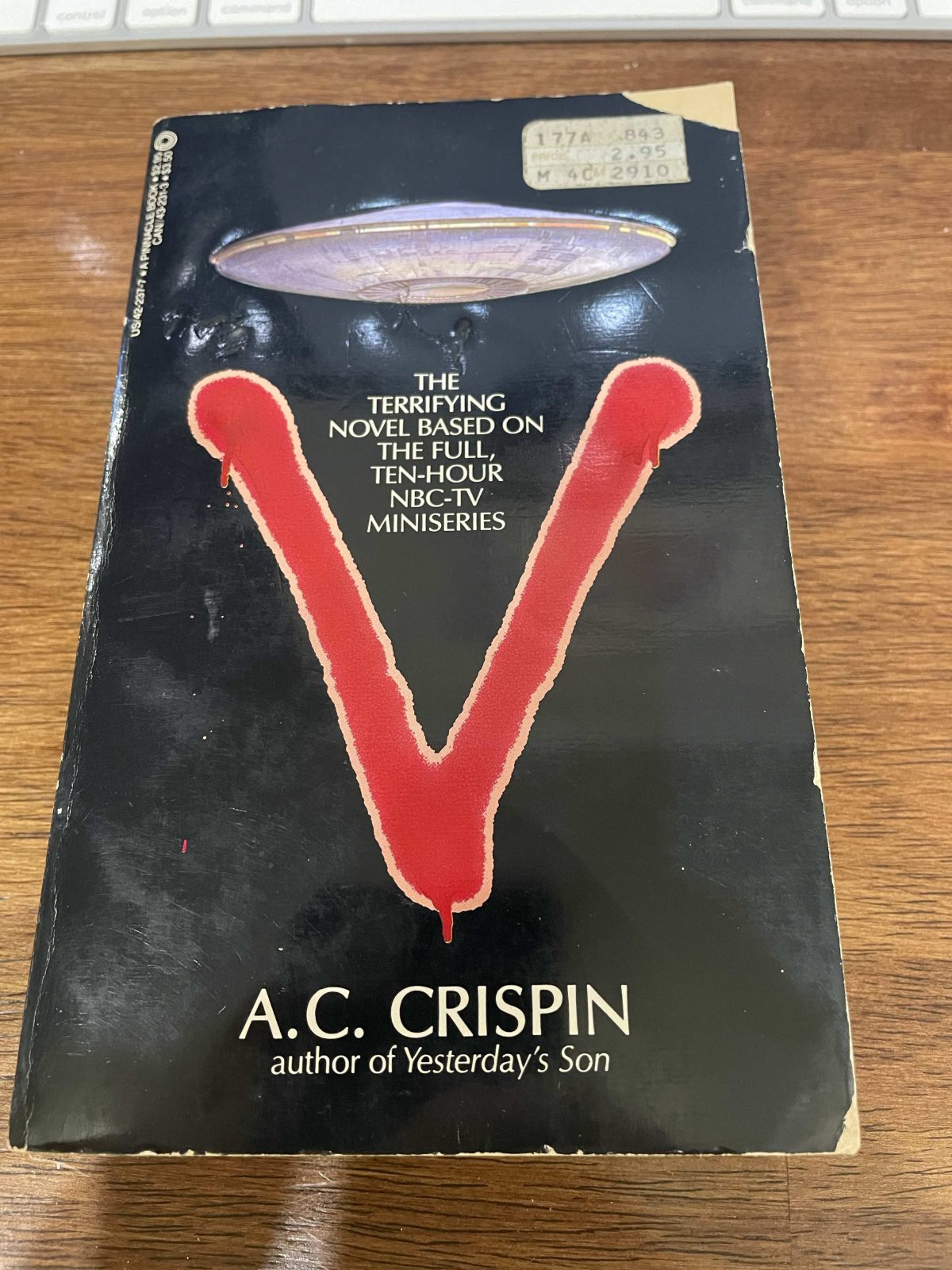 When the original miniseries V hit television in the mid 1980s it was seen by hundreds of millions of viewers. It was also turned into a novel by A.C. Crispin.

It was the story of these strange Alien Visitors to earth who came here claiming they would solve all of the Earth’s problems. Shortly after they started “helping” the truth was revealed and they weren’t here to help, they were here to harvest. But, given the way they appeared not everyone believed they were up to some nefarious deeds. Many people turned a blind eye.

It was up to a small band of resistance fighters to solve the problem. Humanity hung in the balance. They had to fight to stand up to the visitors to save the human race. They don’t have many people willing to take up the fight and are even hunted by their fellow humans.

If you remember the miniseries, you will enjoy the book. It isn’t the only one in the series, they are quick reads, and thoroughly enjoyable.

The picture below is a behind the scenes photo from the filming of that original miniseries. 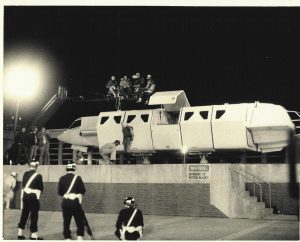