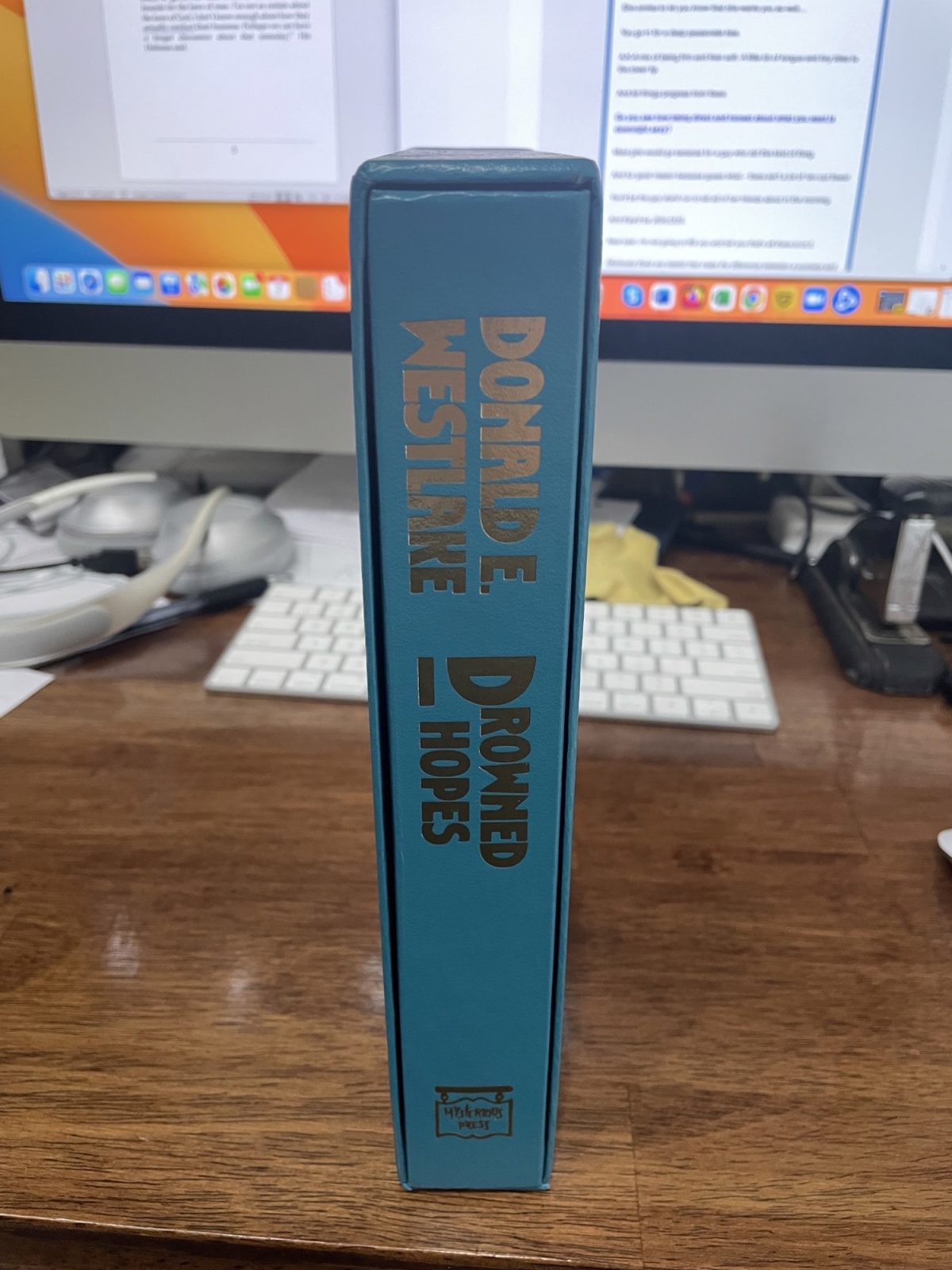 If you follow along with me at all you know I have a book collection that probably needs its own house at this point. Ok, it isn’t that bad, but it does take up a lot of space. 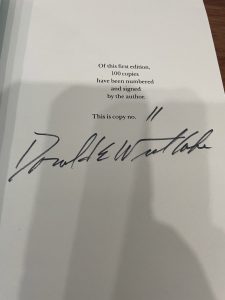 This book is by a known, but not super well known author named Donald Westlake (who has passed away).  Dortmunder was a character in 14 of Donald Westlake’s novels and I think 10 or 11 short stories.

Dortmunder himself is a burglar. Or as he puts it he finds things. Ok, they are in your house at the time, but he was there last?

Like all of Westlake’s work they tend to be funny in some fashion. One of the Dortmunder books became a movie with the same name as the book called What’s the Worst that Could Happen?  The movie starred Danny DeVito and Martin Lawrence. In my opinion…hilarious. Watch it if you can, but better yet read the book.

This book is about John Dortmunder hearing about a buried fortune. Unfortunately it happens to be beneath a reservoir and he doesn’t want to drown. So he goes about trying to collect it in a rather…unique way.

The copy of this book in my collection is the slip cased limited print of 100 copies by Mysterious Press (autographed). I don’t have too many of this sort of thing in my collection, but I found this one relatively inexpensively a while back, and it does hold a position of pride on my shelf.