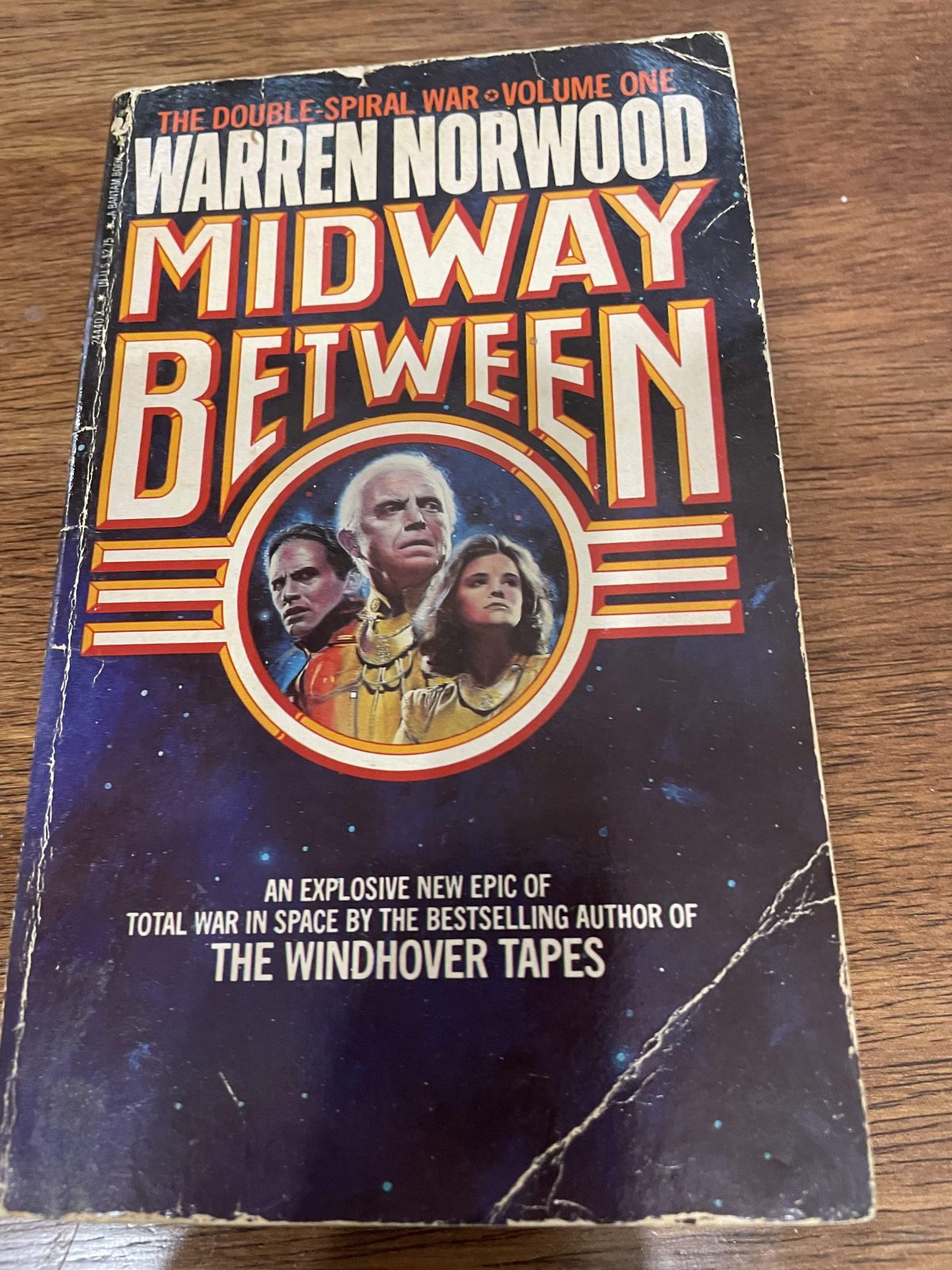 Today’s blast from the fiction past is The Double Spiral War by Warren Norwood.

It is actually a trilogy, although I only have the first two. The books in the War are Midway Between, Polar Fleet and Final Command. I have read the first two, but not the third. Someday I will go find a copy of that third one and finish out the set, but to date as you can see from the pictures of the cover art, I only have two of the three.

It is an action packed book, but it basically makes mankind into people who want to go into space to find new worlds…to conquer. It doesn’t necessarily paint us in a picture that is historically incorrect because that is what has happened (think European expansion into the Americas, or Roman empire for that matter). 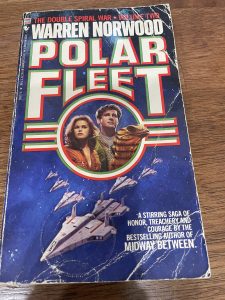 I would write it differently as I’m not that into the conquering hero kinds of stories, but I guess Star Trek already did that and it worked out better than it did for this particular trilogy.

I like the authors writing style, and have read a few others by them. This one is entertaining but be prepared for some late 70s early 80s gender stereotypes. They are there, and while I don’t agree with that sort of thing if you skip over and ignore it the rest of the story is ok. It isn’t great but it is ok.

One of the things I do really like about my collection of fiction novels from this era, especially the pulp fictiony sorts of things is the artwork.

I will leave it at that, if you have a copy someplace and haven’t read it, and are looking for something to do. It is fine for that, but I can probably recommend 50 better sci fi books if you are looking. Just drop me an email or comment if you want those recommendations!