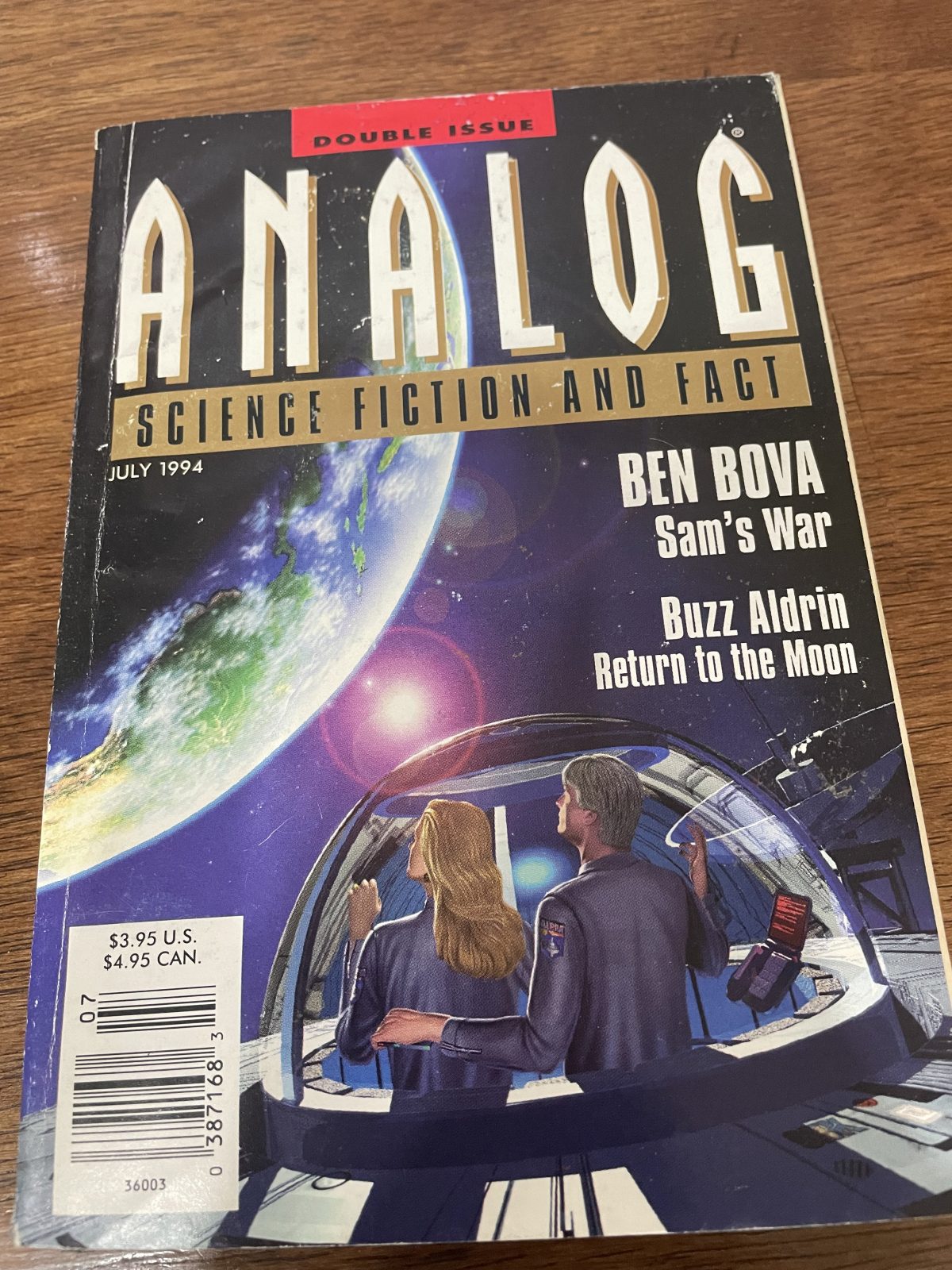 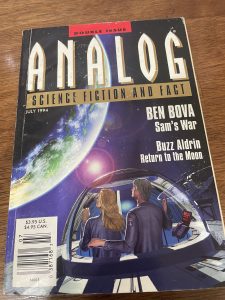 Analog Science Fiction and Fact magazine would occasionally come in double issues. The July 1994 edition was one of those.

If you are a Sci-Fi fan looking to find new authors this publication was the one to have back in the day. It had two Novellas and Four Novelettes, along with multiple short stories and a few science fact articles of note.

Plus, the authors you can find in these things were great, in this one alone you have Ben Bova, Rick Cook, Buzz Aldrin, and the list goes on. 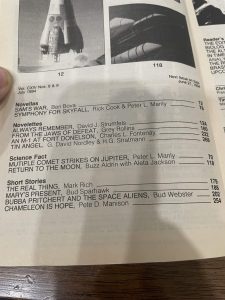 The short stories are always fun, in this one there are four, none stand outs but nice short diversions for an hour or two.

The two in this one that stand out to me are The Science Fact Articles.

Multiple Comet Strikes on Jupiter was all about Comet Shoemaker-Levy 9 which smacked into Jupiter and we got to see the impact. If that thing had hit Earth you wouldn’t be reading this blog, we would have had real problems. When I was a graduate student I had the chance to meet one of the two men who discovered it. Super nice guy, who made comet hunting his passion for years and held a day job outside of Astronomy. So basically, an amateur astronomer made one of the largest discoveries in Astronomy of the last 50 years. Kinda cool if you think about it. 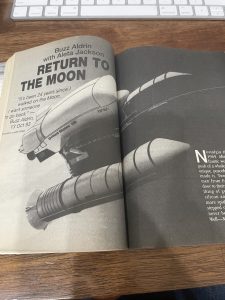 The other is by Buzz Aldrin (yeah that guy) about getting humans back to the moon. Why we should do it, and what will it take now (ok in the 90s) versus in the late 1960s. It was really informative and I think someday we will be back on the moon, but I have no idea when. But perhaps this time we can stay longer and learn more!

Another fun read, another fun bit of artwork in my blast from the past sprint I am on these days.