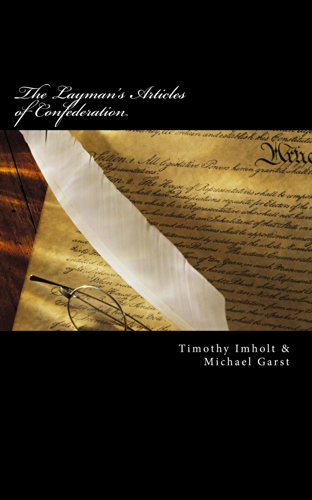 The Layman’s Articles of Confederation

The Articles of Confederation were the foundation for the Federal Government in the United States prior to our current Constitutional form. Those Articles are not widely understood and rarely read. The reasons for this are varied but largely spawn from the document being challenging to read. The language is old, it is full of phrases no longer used, and does not follow modern styles. We have written this book for non-lawyers and non-scholars to start to understand this founding document that was, in our opinion, a rough draft for the Constitution of the United States.