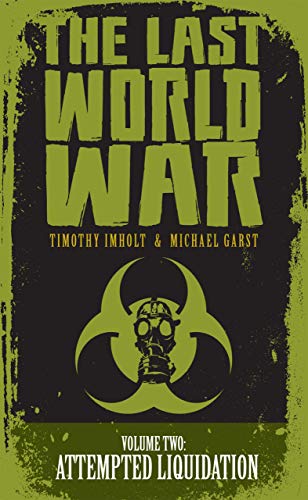 Iran surrendered…Or did they? Were they really just re-organizing and forming new alliances?

The War isn’t over yet. They have allied the entire Middle East under a single flag, Israel is their first target, then Europe, the UK and the United States homeland become targets, not just for attacks but for invasion.

This wouldn’t be possible without a new alliance with China, the ability to turn the Smart Weapons of the World’s remaining Superpowers back into stupid weapons, a thermonuclear attack followed by a biological weapon larger than any the world has ever seen.

Can President Press and his new Vice President and former Special Operator Frank Banner lead the world through this chaos and back into a peaceful state with the help of Doctor Gross and his secret weapons develop programs or will the world descend into a nightmare from which it may never recover.

In this second book of the Last World War Series large parts of the world will be destroyed but will enough of it survive to be recognizable on the other side of this conflict, or will we be forever changed under the flag of a Unified Islamic State.