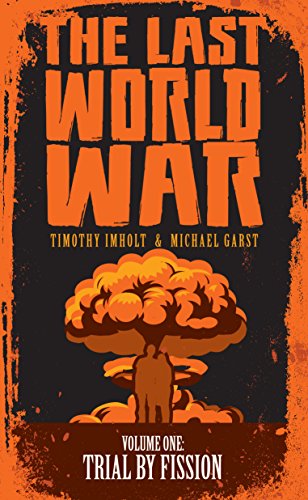 When Iran finally develops nuclear weapons it triggers the Last World War, and it will forever change the surface of the Earth.

A President impeached. A Vice-President murdered. A relatively unknown Speaker of the House…A mere Congressman elevated to the most powerful office in the Nation, if not the world.

With the world on the brink of disaster, with economic, political, and infrastructure problems at home, a young President must rebuild the Nation while navigating a confirmation of a Vice President and getting Congress to approve of new military actions.

What happens when one person stands up to the challenge, to overcome the evil that men do to each other? He stands up against those who will destroy the rest of humanity for whatever mindless reasons they claim justifies such chaos and inhumanity on a global scale. It is a story of survival after an unimaginable disaster and the first of thrilling series that is destined to change the way we think about fighting the wars of the future.