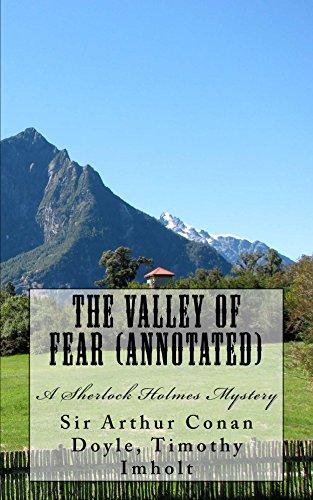 The Valley of Fear (Annotated)

Sherlock Holmes decodes a cipher which turns out to be a warning from Moriarty’s organization for one Douglas in Birlstone, but there is only a corpse waiting for the warning. Holmes fixates quickly on some inconsistencies at the murder scene which leads to the Vermissa Valley inside coal country in the United States.

The mystery intertwines the Freemen of Chicago, the old west mountain coal mining areas, the take down of a corrupt group of murders who ran the Freeman Lodge and even a love story.

Will Holmes succeed or will Moriarty prove to be too much for our infamous detective?